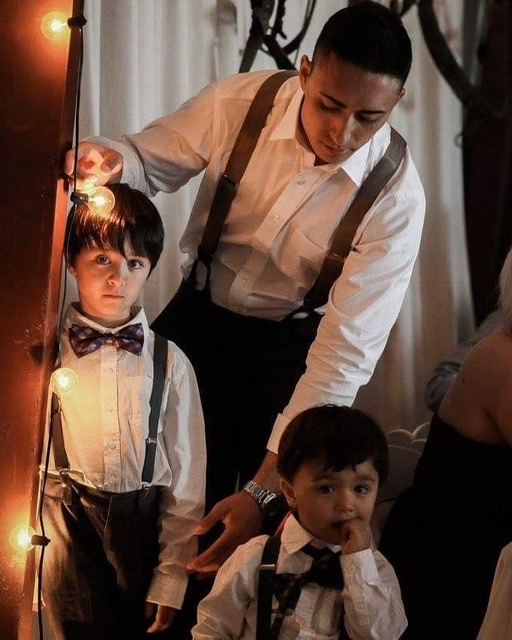 In this post I mention God and my spiritual views, but please don’t let that keep you from reading on. This isn’t merely a post about God. It’s a post about my personal experiences with family, both growing up and raising my own. And how I see the impact of life experiences and upbringing can shape not only an individual, but an entire generation.

As I’ve gone through this season of my life for the past two years, God has put this message on my heart over and over again. And in doing so, I’ve come to realize how much I have overlooked such a vital aspect of life and humanity. The family Unit.

How almost every issue, as well as solution in our society can be linked back to the family unit. That the health of the family unit can make or break communities, culture, the world.

But for that to hold true, so must this…

That family was created by God with a specific design, for a specific purpose. For His glory to be reflected by humanity, and fill the earth.

God is a God of intention. Everything He creates, He does so with specific and intentional design. Every aspect of His design carries a purpose and is formulated into His creation, to produce what He intended.

When all variables of the family are in alignment with God’s intended design, it produces good fruit. But if the variables are out of alignment, whether by choice or by circumstance, the fruit is tainted.

And this brokenness manifestats itself in negative character traits and behavioral patterns creating social issues in which we struggle to find solutions for.

Perhaps we are simply failing to realize that the structure of the family and it’s intentional design is simply irreplaceable.

But with this freedom, comes responsibility. And because of choices made over time, we have now become a culture which has shifted it’s values. A culture that elevates emotions over morals. Fact over Faith. Logic over the word of God.

A culture who cares more about what people say about us, than what God says. That derives self worth from the world, rather than our Heavenly Father.

We’ve become a culture that is encouraged to pursue our dreams at all costs. That doing what we love is more important than loving.

That working harder is a justified replacement of our family time. Because after all, it’s all for the benefit of our family, right?

We’ve become a culture that esteems what we produce, higher than what and who we are. We’ve taken the highest producers and put them on a podium, rather than recognize that each one of us is a creation of a loving creator.

This brokenness and dysfunction stemming from wounds that were never healed, cultivated into families, and passed from generation to generation.

It’s become easier to live life wounded, than to go through the process of healing. It’s easier to find ways to cope, than it is to revisit, confront, and deal with the source of the pain.

And if gone untreated, these wounds manifest themselves in our character and behavioral patterns. And after time, these flawed patterns are no longer something we address and work to restore. Instead, we own them as part of our Identity.

And now, we’ve created a culture that says, “yes, we are all flawed, accept it. Let’s all come together and embrace our flaws.” We then accept our character and behavioral flaws as we label them our uniqueness.

But once these flaws have been accepted as identity rather than behaviors stemming from brokenness and dysfunction, there can be no healing.

If we never recognize that we are broken, we cannot change. Once we believe it’s just part of who we are, there can be no restoration. Because you can’t restore what was never broken.

So now we have broken and hurt people who never dealt with their wounds. Who don’t even realize they are hurt anymore, because they are modifying their behavior and their beliefs in some form or another in order to cope.

Then owning those behaviors, character flaws, and beliefs as part of who they are, and how they view the reality of the world. Where there is no longer truth, but instead a self created perspective of what truth is.

This only perpetuates the cycle of brokenness and dysfunction from one family to the next. From one person to the next, as the ripple effect of their beliefs and behaviors affect those around them.

This is how a culture shifts. This is how communities end up with issues they cannot find solutions for. If there is no truth to stand on, deception can and will come over anyone.

To walk by faith and not by sight, is a choice. We can let what we see and our own perspective define truth, or we can choose to believe the words spoken by the one who came and died for us.

When His word doesn’t add up to our own view of reality, we choose which to believe. It’s called faith. The essence of things hoped for, the evidence of things not seen.

As one who has overcome and continues to overcome, my own brokenness was bred from a cycle of brokenness. A cycle which I was completely unaware of, as I unknowingly became part of it, and reproduced it in my own life and family.

I often tell clients, “The thing you think is your problem, likely isn’t your problem. And the reason you can’t find a solution, is because you’ve dismissed the real problem altogether.”

As a child there were things that I dismissed as identity. My internal beliefs created my view of reality. And without me even being conscious of it, these very things sowed seeds of fear and worry in me from a young age.

And as I developed, those seeds of fear and worry developed into character and behavior traits. Things like anger, the need to be in control, and the need to feel significant, just to name a few.

And since I derived the truth collectively from my own experience, from what I could see, and what others believed, I could only see my flaws through a lens of deception. It was a lens I subconsciously created in order to cope.

I saw control as discipline.

I saw anger as being strong. Not being timid, not being scared. Not letting people disrespect me.

I saw the need for significance as ambition. As being driven. As being a go getter.

I took all my character and behavioral flaws, and subconsciously put a positive spin on them, and proudly owned them as who I was.

If someone would have told me I was a controlling guy with anger issues, who only worked hard out of his need to feel significant, I would have laughed.

Because in my mind I was just a driven guy, with the discipline to do what it took be successful, and the strength to resist and overcome what stood in my way. And that right there is what the world would applaud. But the truth was that I was just deceived.

My behavior was my way of coping. And if we do not have truth, we all find ways to do so.

I thought I was rising above, but in reality I was sinking. All the while I was simply trying to fill a void, heal wounds that could not be healed through exterior things. And while I thought I was breaking the cycle, I was perpetuating it. Affecting the ones around me. The ones I loved the most.

It’s one thing to know the potential repercussions of doing something wrong and doing it anyway. It’s another thing entirely to do something wrong while thinking you’re doing right, and for the right reasons.

The phrase, “What you don’t know, won’t hurt you” is a lie. In fact, God said something very different.

But here is how we can break the cycle. I believe people inherently want to do good. It’s in our DNA to do better, to be better, and to change for the better. Growth and the desire for growth is something God created in us.

The first step is realizing we are broken. Because you can’t fix what you don’t realize is broken. And if we don’t have eyes to see what is really happening, we are powerless to change, to improve, to defend.

We live in a world and a culture that is constantly throwing punches to knock us off the road to our God given destiny. It’s the punches we don’t see that knock us out. And unfortunately, it’s not just us taking the shots.

Our own unresolved issues become our children’s issues. The wounds that are not healed in us, we subconsciously inflict on our children. Just think of the fears, the behaviors, the habits, and the beliefs that were modeled to you as a child.

The lens we see through, the beliefs we internalize, the things we justify, all affect the way we live our lives.

The way we live our lives is what creates ripples. And these ripples influence the circle around us. The circle closest to us. In particular, the next generation.

This is how things like racism, poverty, and abuse still exist in families from generation to generation. It’s all a cycle of deception. A cycle that cannot be broken without truth.

But not only can we break this cycle, we reverse it by creating ripples of love and truth that transform people.

Ripples that transform families, communities, and eventually the world. Do you see where this can go? As far as we are willing to live it.

I’m declaring the cycle stops here. That the pain, brokenness, dysfunction, and deception being passed from one generation to the next, stops here. And that happens, only when we go back to the beginning.

Because regardless of what our earthly family situation is or was. Regardless of who hurt us, who failed us, mislead us, overlooked us, left or disowned us, we all have a heavenly Father who is perfect in every way. Who will never leave us, or forsake us.

A Father who knew us before time. Who created us uniquely with intention and for a specific purpose, with a specific destiny to fulfill.

A perfect Father who sent his son to die so that in all our brokenness, pain, and dysfunction, we could be restored to what he originally created us to be. In His Image. And He is Love.

And from there the ripple effect happens, society is changed, and God’s glory fills the Earth. As was his intention from the beginning.

Things continue to exist when they are not addressed, when there is no known solution. So if you found this post to be insightful, insightful, or encouraging, please share with someone who may benefit.

13 Replies to “Next Generation: Breaking The Cycle”